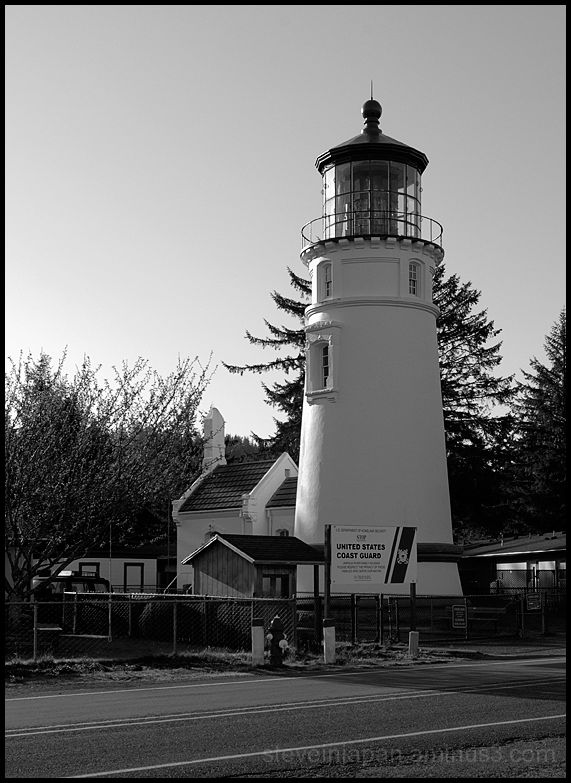 Posted by Steve Rice (Olympia, United States) on 8 August 2009 in Architecture and Portfolio.

This lighthouse replaced Oregon's first lighthouse which was built too close to the Umpqua River in 1857. Some years later, high tides and a flooding river battered the foundations and the tower began leaning ending in collapse. This one was lighted in 1894.

The tower on this sibling of the Haceta Head Lighthouse is 65 feet (19.8 meters) tall. It's located in the midst of Coast Guard housing and has a fence around it.

Part of the Oregon Coast series.

vary nice and good composition. i like the monochrome mode

These places make such a strong statement architectural no matter where they are . . this one feels almost domestic in scale.

It is a fine looking light house. It's interesting how well guarded this one is.
Nice shot with a fine range of tones.

A very nice light in this B&W !

Cool shot. We'll be there this coming week.

so soft BW. Is it a church behind ?

@Veronique: No, that's part of the lighthouse.

A picturesque lighthouse, and terrific in B&W

The light is fantastic and I love the quality of this shot, taking us back in time. So lovely!