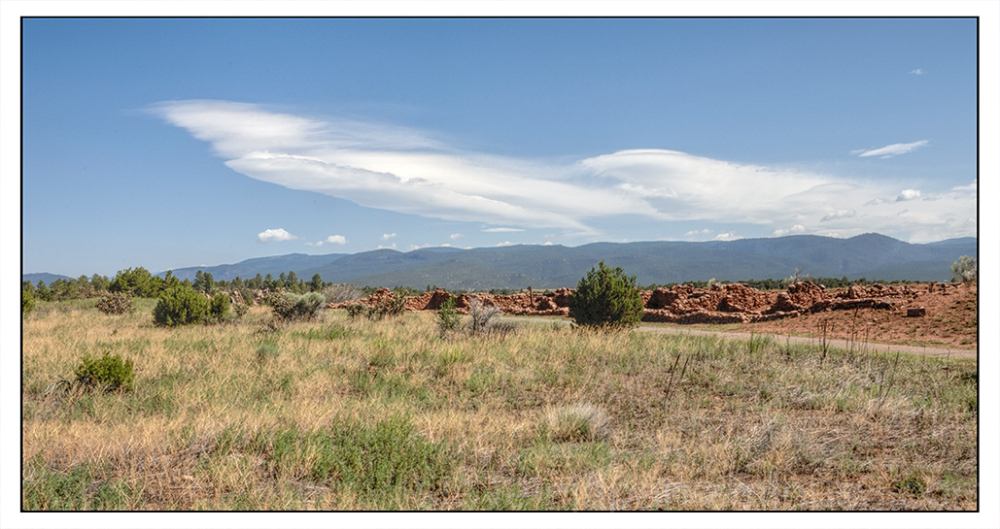 Pecos Pueblo was a large trading center long before the Spanish arrived. It is believed to have housed 2,000 people and could field 500 warriors if needed. Plains Indians would come here to trade.

The pueblo ruins is spread out over one-quarter mile (0.4 kilometers) along the ridge. Much of it has not been excavated.

Spacious and certainly some of the storm. Nice picture.

gerard1948 from Somewhere on earth, Spain

A beautiful landscape, excellent framing and colors. I like a lot the clouds. Great shot.
Good weekend.

A superb composition and a special beautiful cloud !

lovely shot and view
i like the mood of the clouds

The clouds have made it very attractive indeed.

A fine site for future exploration. I'd like to have seen it in its "trading" days.

The clouds really add something special.

The variety in this scene is lovely.

the clouds are fantastic

History is a beautiful thing...it was my favorite subject in high school, other than art :-) just imagine what must have happened over there in their 'trading center.' I love the mountains and cloud in this shot Steve!

A fabulous landscape with a beautiful sky ... the colors are wonderful !!!

Such a beautiful expanse

thanks for the info! i can just about imagine what this place looked like in the past! currently you captured a fine landscape! love the clouds!

Beautiful panorama to show the enclave.