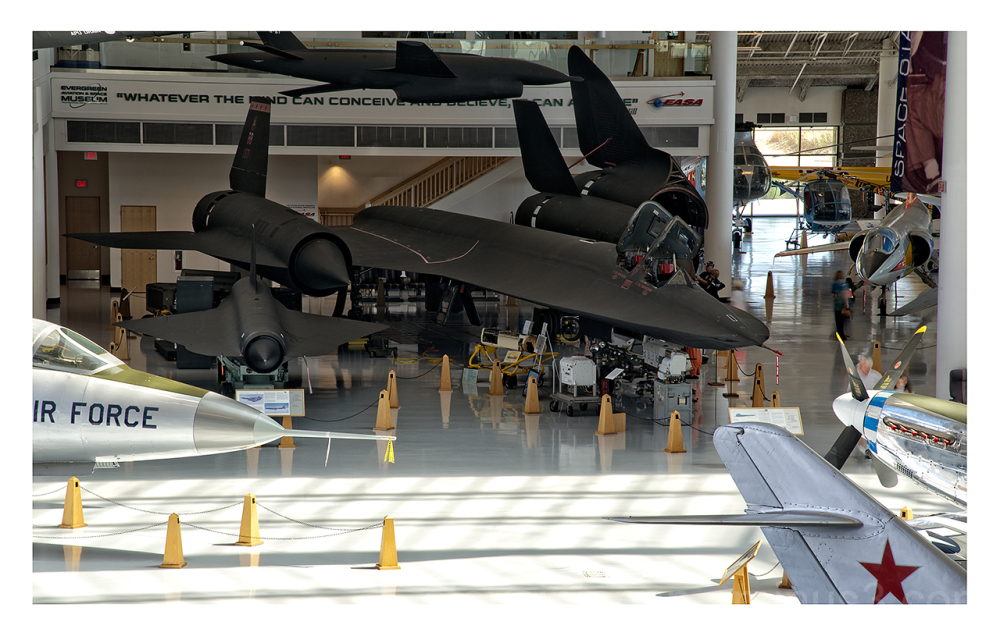 A reconnaissance aircraft of exceptional abilities, the Blackbird is the fastest manned, air breathing airplane ever built. It can fly at Mach 3+ and at extremely high altitudes. It's made primarily of titanium to handle the heat of high speed flight. While sitting on the ground, it drips fuel. As the plane's skin heats up in flight, the metal expands and seals the joints.

Its payload was high resolution cameras and its only defense was electronic countermeasures to jam enemy radars. If a surface to air missile launch was detected, the standard response was to accelerate and outrun it. No Blackbird was ever shot down. It was retired in 1998.

A plane magnificent and very interesting explanation. Excellent photo, I like a lot.
Have a nice day.

This one is really impressive!

I'm running out of superlatives for this series . . if there were a Series Award, y'd win it !

perfectly balanced, attractive light here, steve, as with all your photos from the museum !
one must admire the technology and the ingenuity behind these machines, but on the other hand, if all this "creative effort" had gone into humanitarian affairs, the world might be a better place ...
(naive, i know, but one may always dream ...)

The black adds to its interest and intensity

Gorgeous capture of this standout specimen!!