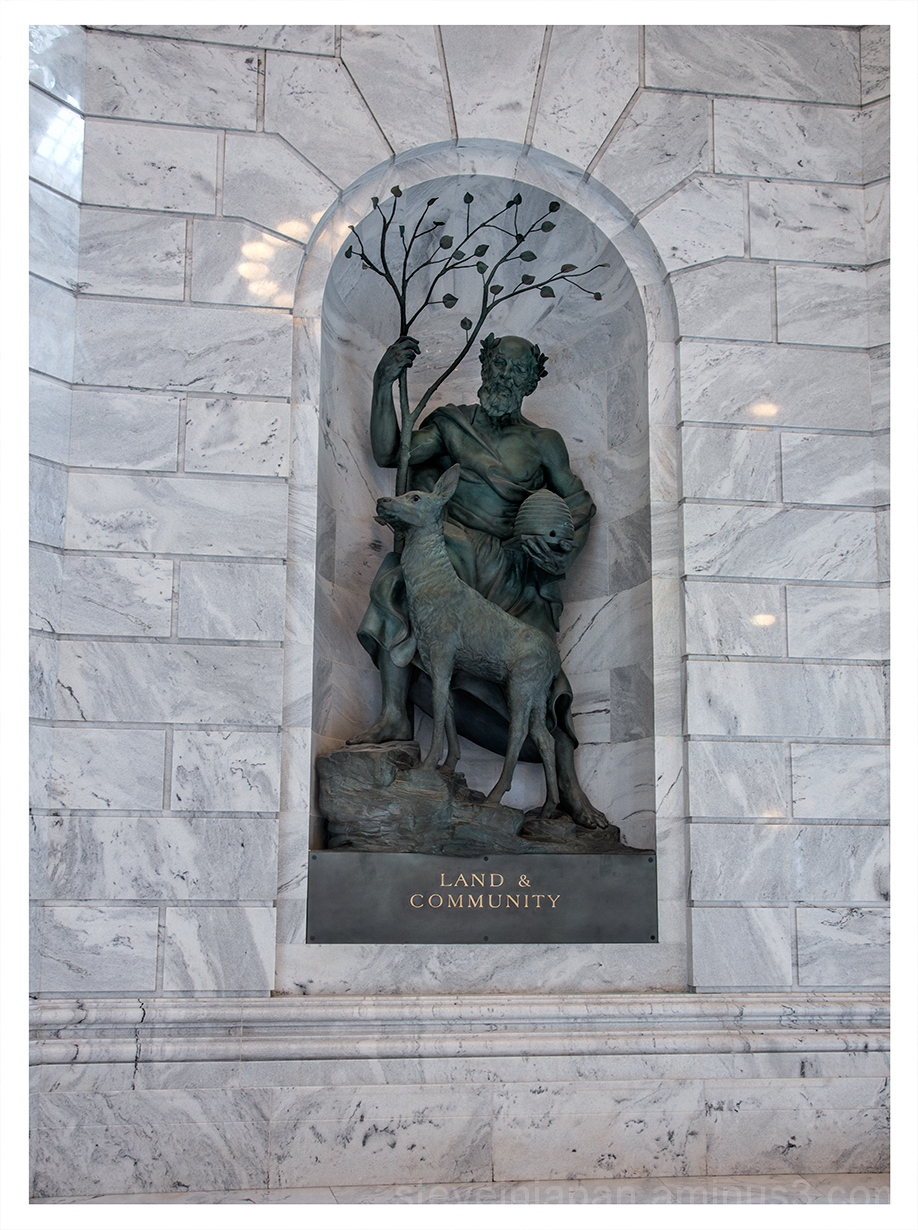 One of four niche sculptures in the rotunda. Architect Richard Kletting had recommended four allegorical sculptures when he designed the building. It was only during the $227 million restoration project of 2004 - 2008, that his vision was finally realized. The young animal is a Rocky Mountain Elk, the State animal. There's that beehive again.

What a powerful statement that feels to make - impressive work.

Once again beautiful light your capture here. A wonderful sense of allegory.

Wonderful shot of the sculpture. I like the beautiful details.

A fine picture of this later addition during the revision. An interesting combination of elements in the art work too.

A fine capture of this beautiful sculpture. Superb. :)

I like the message sent by this sculpture. Very nicely presented

Thank goodness that they followed through with Kletting's plans. Based on its title, this would probably bee (pun intended!) my favorite niche! :-) Nicely framed shot and I love how the sculpture stands out in the niche.

Impressive shot of a beautiful sculpture!