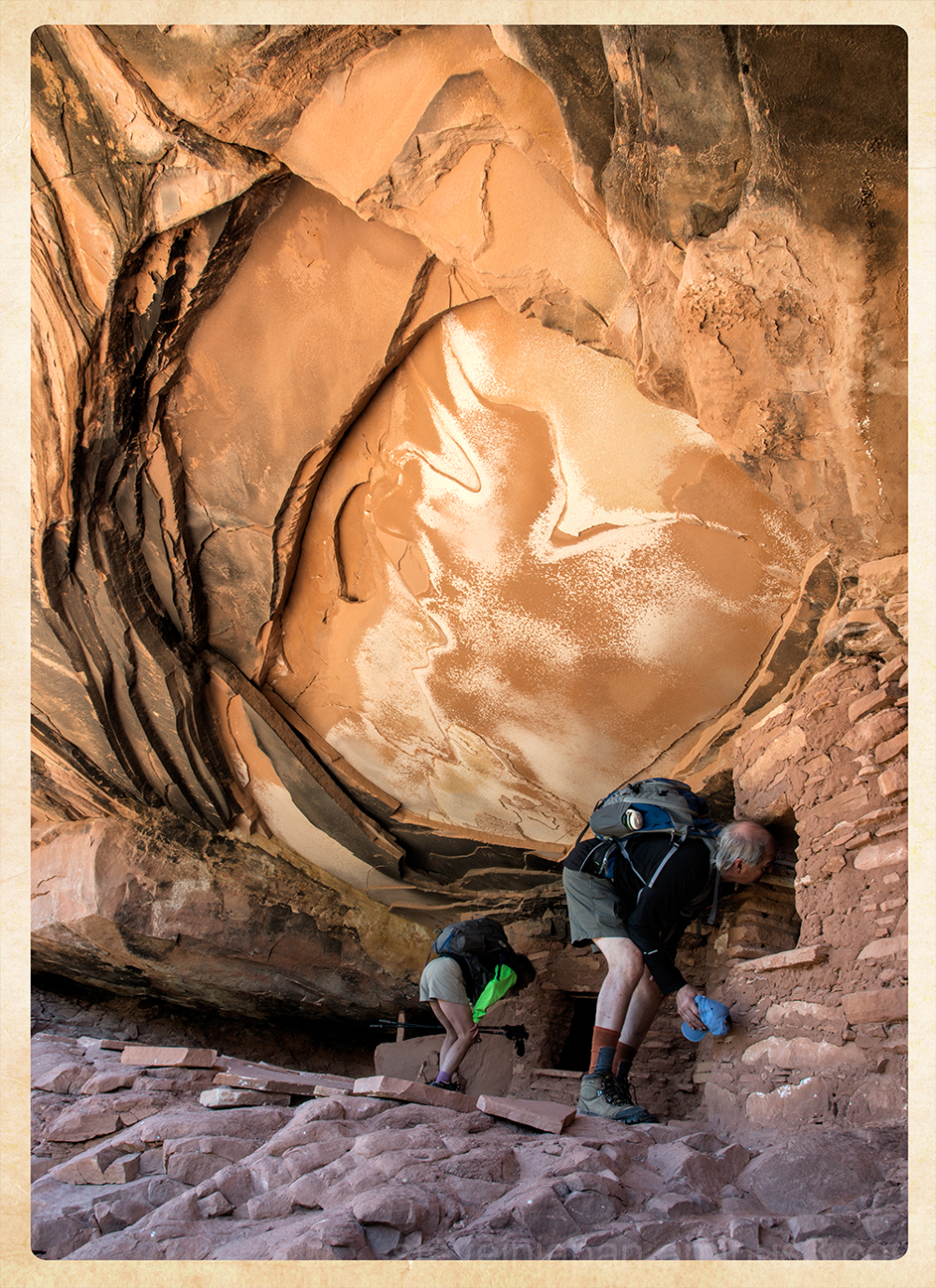 Giants in the Doll House

I expected lots of people at this site because it's so cool. In the three hours or so that I was here, only three or four other people showed up. But, as I mentioned, it's not that easy to find.

Ah, the scale is revealed - it had me fooled in your previous, of course !

Unimaginable to think about how our ancestors lived

those onion-skin-like layers of rock are amazing and almost surreal ! great series from all i've seen !

(i apologise for not commenting lately, but after some shoulder surgery i've been quite "useless" recently ... ;-))

Wow!! I didn't expect to see this!! I thought it was so large previously. But the people give this quite a small scale!

This was missing here ... a scale reference, it changes the perception of the scene :-))) Fabulous shot !!!

The scale is revealed, but...I wouldn't be that curious, like the people in your image, with such a roof above!

The inclusion of the people gives a good sense of scale. Fascinating images.