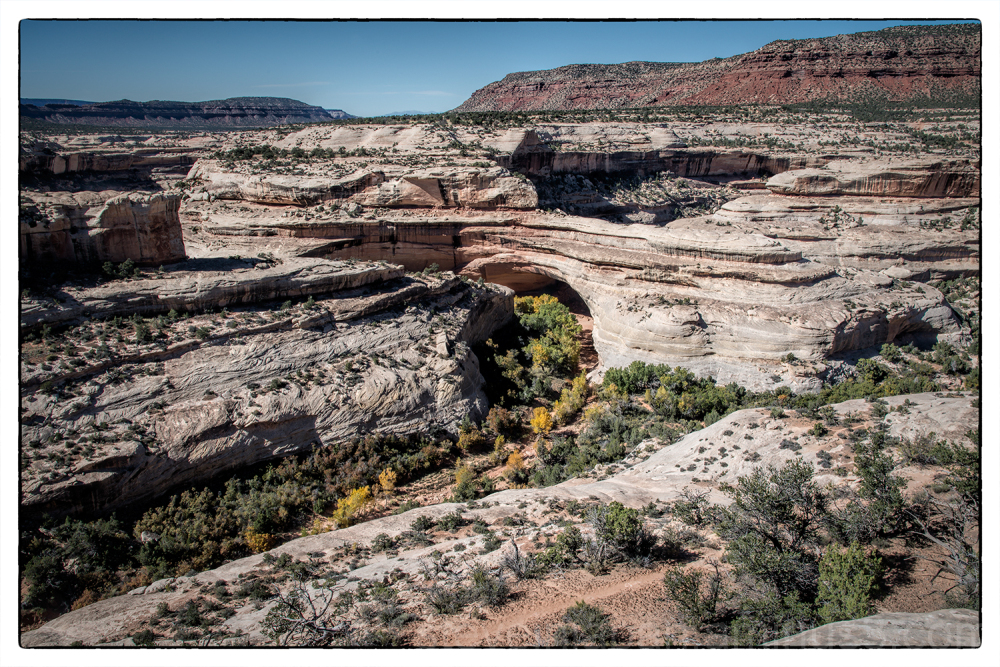 This wider view illustrates how natural bridges are formed. The stream that cut White Canyon flowed in large, lazy loops. As the water wore the rock walls between the loops thinner and thinner, it eventually broke through bringing the beginning of the bridge. At this point, the stream changed course sending all the water through the bridge. Over time, the bridge's span becomes larger.

thanks for this excellent graphic geology lesson !

I see at least 2 caves, you must know all these sites and give us photos that I have never seen
before at these locations. Beautiful.

This wider view is lovely

so many different levels and colors !

Another stunning composition with incredible layers, textures and colors!! The natural bridge stands out nicely with its lone arch amongst the many strata!

This landscape is absolutely spectacular ... the textures, the layers of the rocks and the colors are wonderful .

A fine capture of this natural bridge. Excellent. :)

Beautiful capture of this natural bridge... Love the hues and view here :)