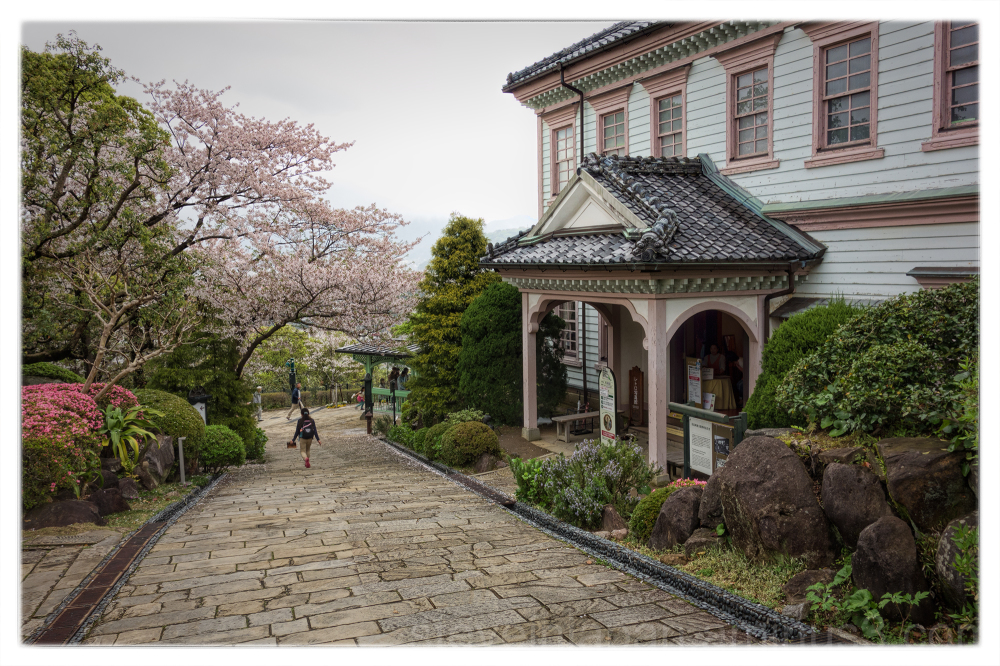 Constructed in 1883, this Western style building was intended as the residence for the officials of the Nagasaki Court of Appeals. When this court moved to Fukuoka in 1945, the building became the residence of the president of the Nagasaki District Court. As an example of government architecture influenced by Western styles, it was dismantled and restored on this site in 1979.

Such a serene walkway by a grand building. Lovely perspective.

Excellent point of view and wonderful mix of architecture styles.

what a lovely building !! The paved stone path speaks a lot !!!! Lovely image :)

Beautiful setting and design - I LOVE the stone drive and the tastefulness of this blend of designs is so wonderful. What a great photo this is, Steve. Thank you for sharing this :-)

A lovely scene so well framed.

Superb capture in the excellent composition. 5* from me.

I like your composition of this image. The design of the building is very interesting. It makes a fine subject.

The point of view is so inviting

Beautiful building and you made a nice capture of it.

What a beautiful residence and a well-manicured landscape (and hardscape) that surrounds it!! A wonderful restoration!

The colors in the scene are wonderful.

So neat and pleasant walk through those wide streets. I like the mood in the scene, calm and quiet.

It's lovely. I'm glad it was restored.

Wonderful scene of the city with many slopes. Great structure.