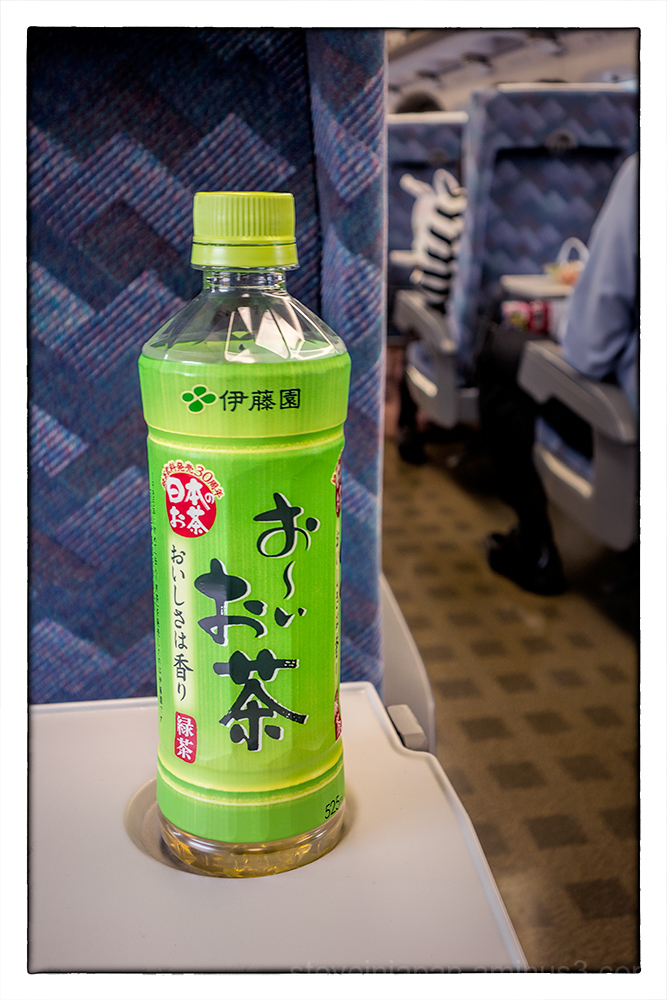 There's that beverage I enjoy so much, bottled green tea.

From the comments below, I see several people don't know this bottled tea. It's widely sold in Japan, at a modest price, in vending machines, convenience stores and super markets. There is also a roasted version that is darker but tasty, too. I have found both varieties in Asian markets here at home but, it's too expensive after being shipped across the Pacific.

As a note, there are some variations on the bottled tea that include rice or other grains. Avoid those as the added ingredients ruin the flavor.

looks healthy and inviting...
Comes in a lot of flavours !!!

I've heard that it is a healthy drink.

Great framing and colors . We can find small bottles with green tea here .

A beautiful presentation of this soda !! does not know the mark ;-)

Wonderful close-up. I like it, too. It could be a nice mate for a trip.

A fine shot of your favorite tea. I like the sharp image and rich color.

very well-chosen frame of one of the essentials of a train ride ... ;-)

People don't take the time to read....It is so clearly labeled..:-))) And beautiful colors.

It looks rather refreshing

The drink that weaned me off sugary sodas...