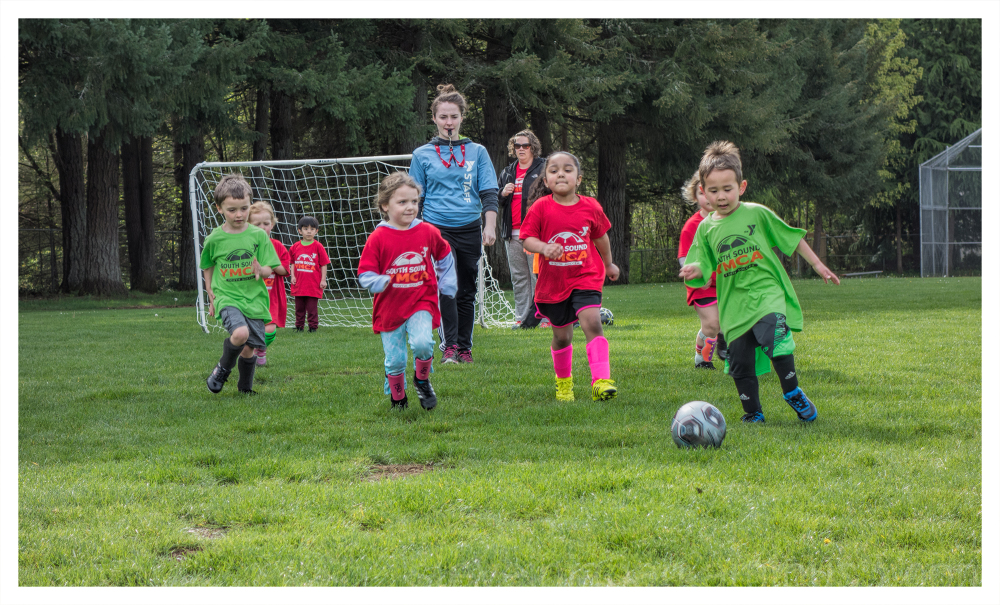 Alex on the Field

Posted by Steve Rice (Olympia, United States) on 18 May 2016 in Sport & Recreation and Portfolio.

The guy on the ball is Alex, our grandson. He is very fast and a good ball handler. His dad tells me that Alex practices ball handling most every day. It really shows. During this game, I stopped counting at 12 goals he made. For a guy not yet five, his coordination is impressive.

Also, as an admiring parent from an opposing team remarked, at a recent game, about Alex's hard shots, "He's got a lead foot." Better yet, he tries to get angles on the goal just like his favorite players at Manchester United do it.

Lovely image, they are so serious. It's enjoyable to watch.

Lovely image, they are so serious. It's enjoyable to watch.

Nice picture. For children, this is a lot of fun to play. This is a great way to learn to do together.

nice photo.kids are playing. Thank you for sharing.

A lovely image, full of energy!

Beautiful capture of the scene !!

Uh Oh!! Alex looks great here that's for sure. Sounds like he is on a special path! That is so cool! Beautiful shot, Steve. We have been at Amy's in Vermont for the past 3 weeks almost- catching Tyler's High School ball and Ryan's youth baseball. Tyler is really getting noticed by colleges for sure (he's a junior)
Finally thanks for the coffee tips - I'll check them out - I believe I Have seen the one on Northamptin Street -,my bad.. DJ is just lazy

A fine action shot of this youngster's promising ability.

Fabulous action shot of him! My grandson has been playing soccer since he was that young and this reminds me of him.

Adorable these small footballeurs at the heart of the action!

Great action shot captured of Alex playing soccer!! Sounds like he is quite the player.
Look out 2030 Olympics!!

A future star in the making and at his age pure fun as well!

I like that its coed. Both of our granddaughters are big into soccer, but they separate the boys and the girls teams.