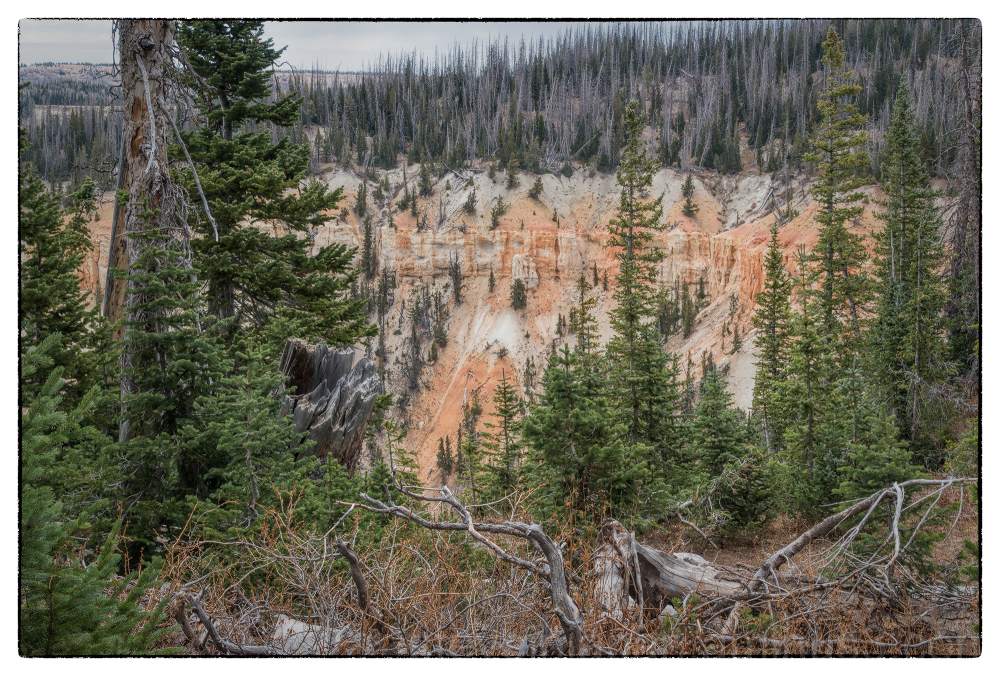 Why the Dead Trees?

There are thousands of dead Engelmann Spruce trees at Cedar Breaks. The cause is the native spruce bark beetle. It bores through the bark and lays its eggs in the tissue that carries nutrients and water through the tree. The larvae eat this tissue killing the tree.

About every three hundred years, an infestation occurs which triggers a renewal of the forest. You can see all the younger, healthy trees doing well. The current epidemic began in 1992 and is nearing its end. The beetle population boom is becoming a bust . . . until next time.

Sometimes it is difficult to understand why this is happening. Perhaps there is reason to think that it belongs to the natural cycle.

The landscape looks eerie, strange and fascinating. Amazing what a little beetle can achieve.

Great information. Nature has its own way to balance things out.

Too bad they are dead.
Nice and informative.

It's interesting how the cycles of nature renew the forest. It's sad to see the dead trees but the new ones give hope that the forest will return.

A kind of desolate view with a few greens as hope

Same with the pine bark beetle in Colorado. They have killed thousands of trees there.

Amazing info re the dead trees ... a common enough sight in some places, though the cause is not always as reassuring as here. Let's hope that in a few years it will be a lot 'greener' again!

Thanks for the info.