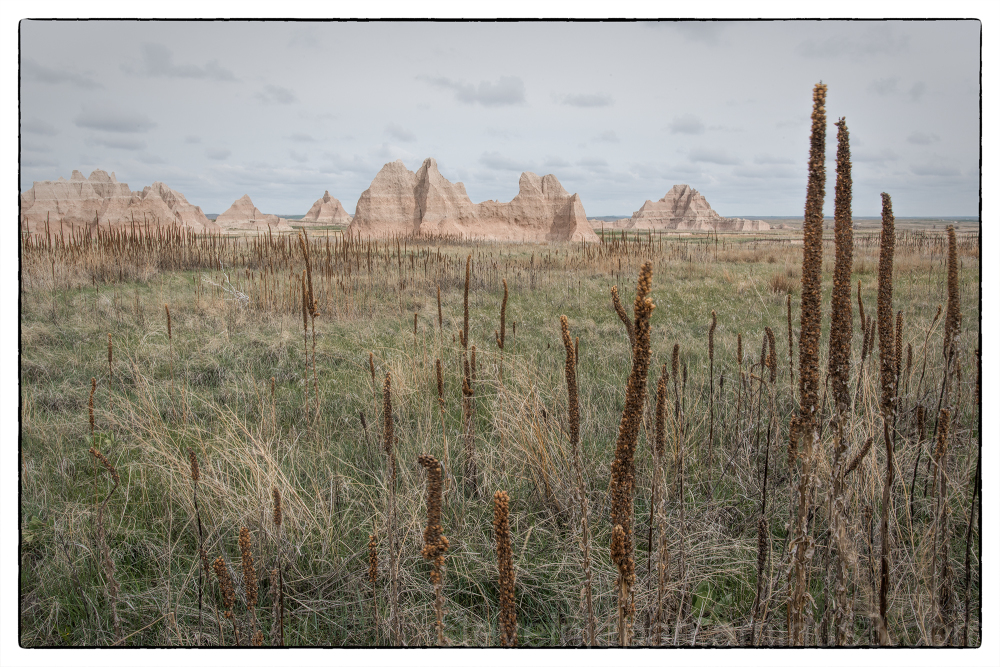 It was my last day in the park and I wanted to hike this lengthy loop route. I figured the trails should be dried out after the snow melt so, off I went. Western wheatgrass is the predominant grass in the prairie areas of the park. Growing one to two feet (30 - 61 centimeters) high, it is a sod builder and thrives on the clay soils of the Badlands.

Of course, I was immediately intrigued by the spiky plants on the prairie. I asked about them later, at the visitor center, and found that they are mullein, an invasive species. The ranger I talked to happened to be working on the control of such non-native plants.

These small mountains are really strange and very interesting to discover. You lived in a country where there is so much to see...

A wonderful composition with these western wheatgrass even if they are not so welcome there !

A fine picture of the wheat grass. Too bad to see the mullein do so well.

Stunning capture of a beautiful view. I like fantastic details and the excellent composition. 5* from me.

Love this piece, Steve! The story about the mulein is really interesting and kind of sad in terms of invasive plants, amazing! I also love the entirelook and feel of this image that has all the appearance of a master painting!!! This image is magnificent!! Thank you!

What a surreal landscape... intriguing shot!