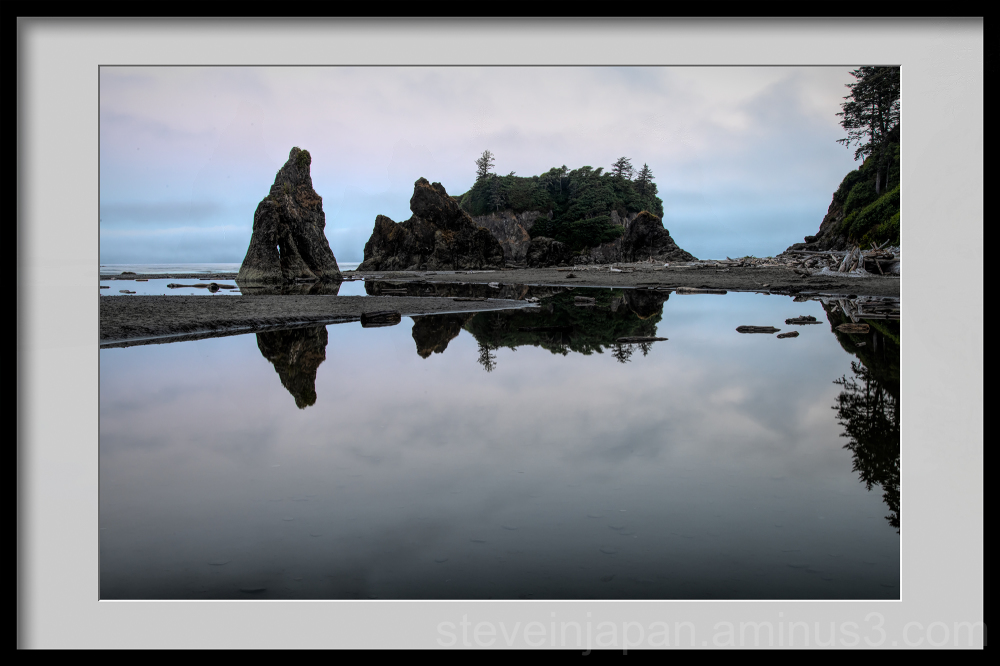 That is, the morning after the "sunset" photo shoot on Second Beach on the Washington coast. We got up early with the idea of trying a sunrise shoot on Ruby Beach hoping we wouldn't be fogged in. At the campsite, the moon was shining in the sky which we took as a good sign.

This is what we saw as we got onto the beach. Ruby Beach was in a sweet spot in terms of fog. Both to the north and south, we could see fog banks but Ruby Beach was pretty clear.

Simply wonderful, I love this reflections

There is a sense of 'slowness' to this . . we all need that.

Graphic and esthetic as I love ! Great shot ! Well done !

Wow!! Splendid mirror-like reflections!! If you inverted the photo, it would probably still be hard to tell.

This kind of mood is so beautiful after a long spell of sunshine. Great frame.

5 stars from me. I love the clarity and the symmetrical reflections

An excellent capture of this scene without fog. Impressive high quality.

beautiful reflections in the calm water... I love the light of an early morning. A wonderful photo

A wonderful place, excellent composition, reflections and BW ! Love it !

Absolutely beautiful! The water is like glass. The reflections are gorgeous! This is such a gorgeous view.

such beautiful composition, reflections & atmosphere!
A M A Z I N G !!!!

This image has been featured in 1 Remix collection.