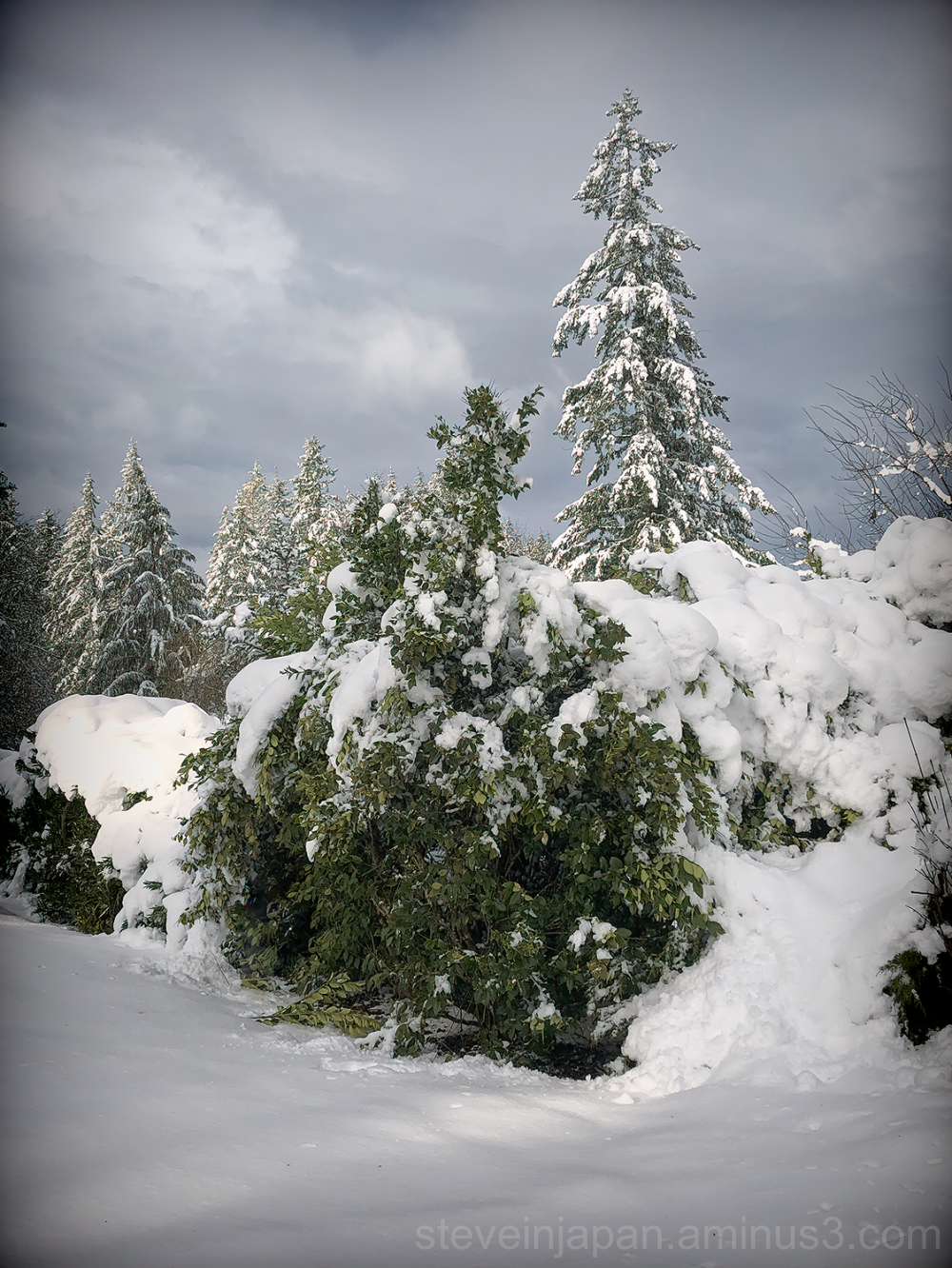 Snow in the Lowlands

At the beginning of the Upper Big Creek hike, I mentioned we chose it to avoid snow. Less that three weeks later, the snow came to Olympia and all of western Washington State. In Olympia, we had 18 - 20 inches (46 - 51 centimeters) of snow on the ground after two back-to-back storms. That's not much snow for many places but for Olympia, that's a lot. Some years, we get no snow at all.

There's a wonderful winter. Snow has melted quite a lot in southern Finland and some ski events have had to be canceled because of it. In Lapland, about a thousand miles north, there is a lot of snow.

The green boughs look quite impressive laden with snow...

That is indeed a lot of snow, here we can only dream of a lot of snow today.
A beautiful picture with the trees whose branches almost collapse under the snow.

What an incredible atmosphere here!

You took good advantage of the unusual winter to get a very good “snow” pictures. Our state had a record February.

Lovely snow here !! What a beautiful image...
Have a nice weekend Steve :)

What a lovely snow covered scene

A lot of snow! The place looks like my backyard :)

Beautiful snow until everything collapses

have a nice day

I was following those storms there and watching on the live webcams. I hope it's nice weather up there 5 weeks from now. Wonderful showy shot.

I like how the snow mixes in with the greens. Great light as well.

That is a lot of snow! This is a beautiful winter scene. You can definitely see how heavy the snowfall was.

So much snow there. Wonderful capture in beautiful.

The trees under their thick white coat and under the sun ... I love !

This is so beautiful , Steve!!