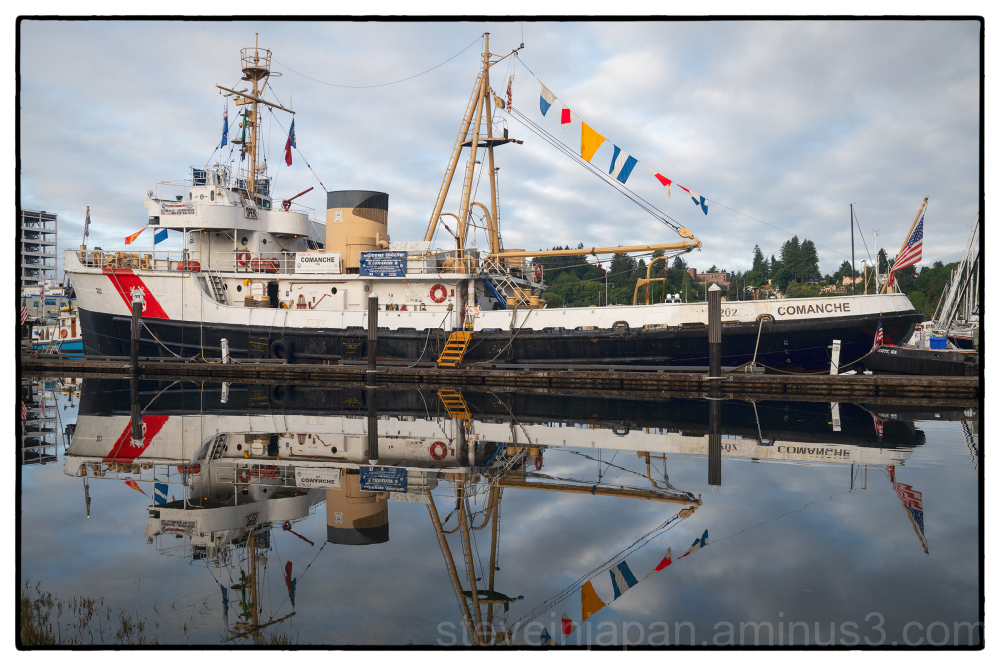 From 1944-1959, the Comanche was an ocean-going tug in the U.S. Navy. It was awarded one battle star, for towing battle-damaged ships out of the line of fire to U.S. Navy facilities for repair, in the Pacific in the Okinawa campaign. From 1959-1980, it was a Coast Guard Cutter.

This boat is beautiful and thank you for the explanatory note. Your photo is well composed, the reflections and colors are superb
https://passionmontagnes.wordpress.com

There is one tugboat built in the US before World War II in Turku. It has been involved in the Normandy uprising. Today it is a charter ship that can cruise in the Archipelago Sea. Its name is Famnen

Beautiful photo of this superb boat that worked well to repair the others.

A great look at this old Coast Guard cutter. This has seen some service whilst commissioned and well worth preserving. 5*

such beautiful composition, colors & reflections!
A M A Z I N G !!!!

Another wonderful pic with such beautiful reflections.

A handsome vessel, nicely framed with that reflection.

Find a picture of this tag that has an interesting history. I appreciate all the comment about it.

I like the small part of each color here.

love the banners and wow on the reflection

You found the perfect day to photograph this impressive tug. The reflection is super.

Such a hard working tug with a proud history. The reflections are stunning. Gorgeous color and detail. 5*