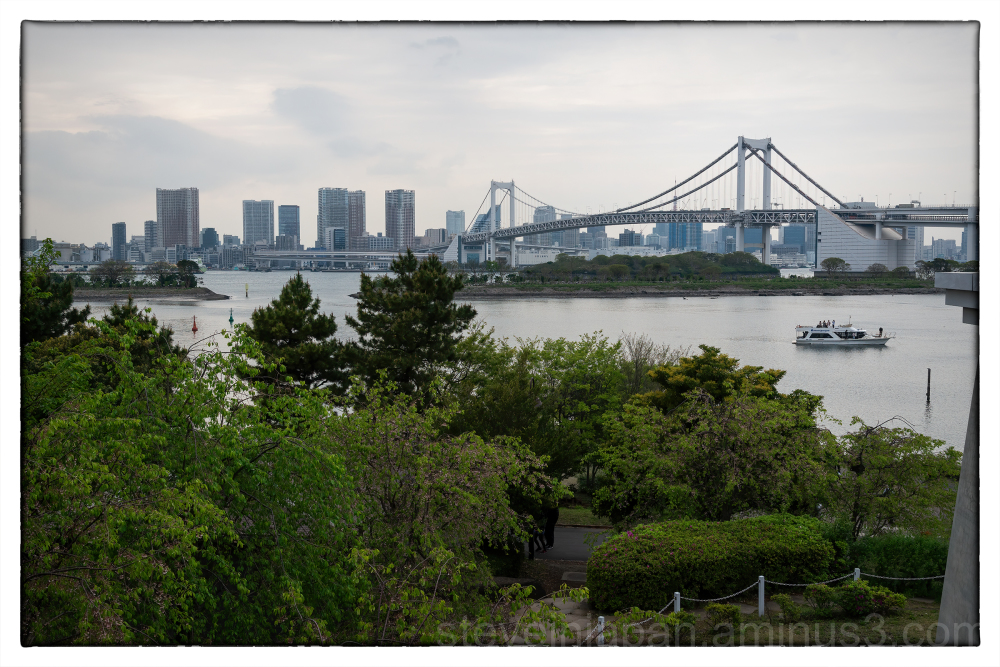 I came to Odaiba to see this bridge. It was in the afternoon of a heavily overcast day. I explored a bit waiting for darkness.

Odaiba is a large artificial island in Tokyo Bay, Japan, across the Rainbow Bridge from central Tokyo. Odaiba was initially built in this area for defensive purposes in the 1850s. Since the 1990s, it has become a major commercial, residential and leisure area.

Beautiful framing Steve. I love bridges but I don't know Japan and it's a pleasure to discover it through your photos.
https://passionmontagnes.wordpress.com

A great look at the bridge and the city Steve.

A gorgeous view you've captured of Rainbow Bridge! Interesting info about this island.

The Rainbow Bridge was adorable! I crossed it a year ago couple of times... Well framed view.

Perfectly framed, Steve... Is that the statue of Liberty on the right?

When I saw the title, I thought of the poem about losing a beloved pet and it crossing the Rainbow Bridge. I didn't know there was a real one.

A gorgeous view. This is a magnificent bridge.

so beautifully composed with the greenery in the forefront

It look like of a bridge in my city : https://en.wikipedia.org/wiki/Pont_d%27Aquitaine
I like very much.
And great view.