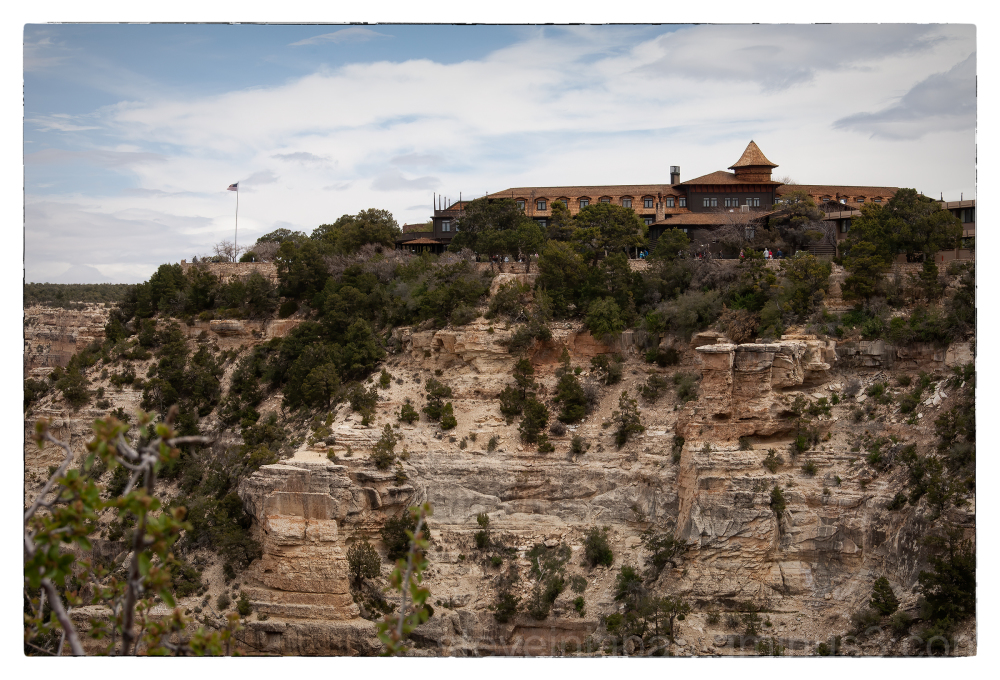 "The El Tovar Hotel, also known simply as El Tovar, is a former Harvey House hotel situated directly on the south rim of the Grand Canyon in Arizona, United States.

The hotel was designed by Charles Whittlesey, Chief Architect for the Atchison, Topeka, and Santa Fe Railway and was opened in 1905 as one of a chain of hotels and restaurants owned and operated by the Fred Harvey Company in conjunction with the Santa Fe railway whose Grand Canyon Depot was 100 metres (330 ft) away. It is at the northern terminus of the Grand Canyon Railway, which was formerly a branch of the Santa Fe." Wikipedia

The view from this hotel must be magnificent and it seems immense.
https://by-marie.fr

Ok many thanks for your recommandations ! Still, it's a nice lookout.

Looks an amazing location . . sorry the journey was not the excitement it looked to be !

Wonderful composition on this, Steve... It seems to be located in a very serene place. I can imagine the view from there... :)

A splendid view of this hotel along the rim! It must have gorgeous view as well. I love the commentary on the Grand Canyon Railway.

a great capture and thank you for that note here...
I do appreciate that frank revelation on the "boring " ride :)))

A great point of view from there, I think.

I cannot imagine the view from there....